As part of York Literature Festival, there is a FREE event on research, writing and revision of paperback writing, full details below: 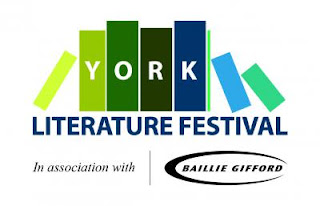 Tickets: here
Jack Sheffield will be at York St John University to discuss the writerly processes behind his best-selling Teacher series. In the 60s Jack trained to be a teacher at the St John’s College, York, and spent his summers as a Corona Pop Man. In the early 70s, he was a teacher in Keighley in West Yorkshire, during which time he earned a reputation as a hard-tackling wing-forward for Wharfedale RUFC. In the late 70s and 80s, Jack was headteacher of two schools in North Yorkshire before becoming Senior Lecturer in Primary Education at Bretton Hall College of the University of Leeds. It was at this time he began to record his many amusing stories of village life. In 2016 Jack was awarded the honorary title of Cultural Fellow of York St John University.
Posted by Karen Naylor at 05:06