We just got back from a fantastic break in London.  We had a lovely time seeing our friends S and B and visiting the sights.  My husband and son went to the Science Museum whilst my daughter and I visited the Victoria and Albert Museum and we had a wonderful day.  The next day we went to the Natural History Museum and my son and I saw lots of fascinating exhibits whilst my husband and daughter went ice skating.  We also visited the sales and had some delicious food in a variety of restaurants.  Our friends have just set off for a lovely break in Japan and we have returned home to celebrate the New Year.  I thought I would share some of the photos from our trip. 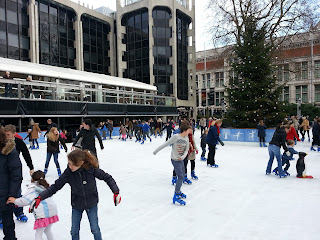 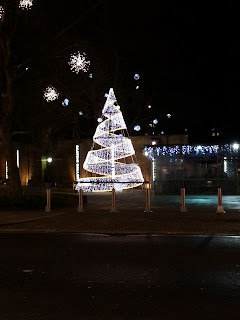 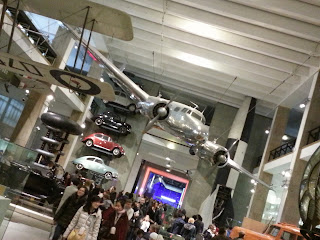 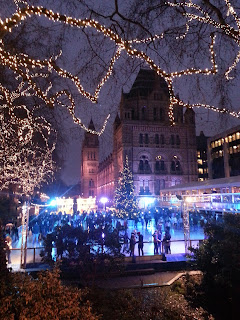 I would like to wish all my followers a Happy New Year and send my best wishes for an amazing 2013.
Posted by Karen Naylor at 07:38 No comments: 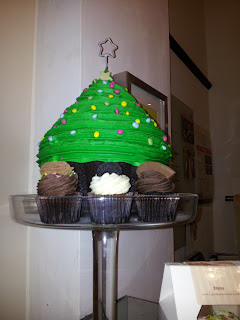 Posted by Karen Naylor at 06:53 No comments:

Anna Turner has just informed me that her course for next term 'Writing Fiction' is now open for online booking:

Having enjoyed the original Nativity film, my children asked me to take them to see Nativity 2 today and to sum it up in one sentence: 'David Tennant commits career suicide.'

The film stars David Tennant (Dr Who, Harry Potter and Fright Night) as Mr Donald Peterson (he also plays Roderick Peterson, his famous twin brother) the new teacher for the children of Mr Poppy's (Marc Wootton from the original Nativity) the classroom assistant's class.  Even though the headteacher tells Mr Poppy that they cannot enter the 'Song for Christmas' competition, Mr Poppy does everything in his power to ensure that they do.  I wish I could say with hilarious consequences, but this film was just plain dire.  I had expected it to be worse than the original, due to reviews I had read but wasn't expecting it to be this bad.  For a children's film, it was irresponsible and totally devoid of coherent plot.  The best thing about it were the songs, but even they do not stay with you.  What does, however, is the plot holes (not that there was a plot particularly, but how does Mr Poppy get the London Duck Tour bus when the school is meant to be in Coventry?) and the total lack of sense.  The children are sent down swollen rapids in a dinghy, walked through miles of admittedly beautiful Welsh countryside, hung off a mountain-side by a single rope and at one point, a baby is thrown high into the air by Mr Poppy (anyone recall the outcry when MJ tried something similar?).  I am sure Mr Tennant tries his best with the script, as does Jason Watkins (Gordon Shakespeare, also from the original), but there is just no saving this donkey.  It was heartbreaking to see such classically trained actors trying to unsuccessfully pull themselves out of the mire.

Just finished reading the novel I purchased when I met Samit at the Morley Literature Festival for the Sci-fi andSuperheroes event.  I was expecting a 'Heroes' meets 'DC/Marvel comics' vibe and I wasn't far wrong.  Aman Sen is aboard a plane when he discovers he has developed internet superpowers and he is not the only one.  When he comes up against Jai a one-man army superpowered villan who wants to rule the world, he bands together with fellow Indian supers including Tia (who can duplicate herself), Uzma (an aspiring Bollywood actress who's power is that everyone who meets her loves her) and Vir who can fly.  Aman wants to save the world and Jai wants to destroy it but during the battles of power between the supers who are on each side, some must lose their lives and no ordinary human is safe from an unknown super who can control them with devastating consequences.

With a good dose of comic history, Bollywood, cricket and 21st century India, this novel gives an interesting post-modern slant to the question 'What would you do if you were given the power to do anything you wanted?'
Posted by Karen Naylor at 11:07 No comments:

The CWG met yesterday before adjourning for a Christmas drink at a local pub.  We discussed our plans for our writing for the New Year over a cold glass of Christmas cheer.  Next meeting will take place at the Library on 7 January 2013.

Today I met two of my fellow writers I and K at I's house, where we also discussed our writing plans for next year over a delicious meal that he had prepared.  It was fantastic fare that would not have been out of place in a restaurant and I had a wonderful time.  We had homemade butterbean soup with parmesan shavings to start, grilled salmon with a dijon mustard dressing with a watercress, avocado, tomato and buffalo mozarella salad and buttered new potatoes for main, and finished off with a mulled wine poached pear.  Yum :)
Posted by Karen Naylor at 12:36 No comments:

It was my birthday yesterday and I have enjoyed a lovely birthday weekend.  First, on Friday night the girls and I went into Leeds to Las Iguanas where we enjoyed the Christmas menu and cocktails.  I had the Festive Funghi Quesadilla which contained brie, mushroom and truffle then the Extraordinary Xmas Xinxim which is a brazilian crayfish, chicken, peanut and lime dish and then finished with Caipirinha Present which was a sponge laced with cachaca.  It was all delicious and they were kind enough to supply me with a free birthday cocktail and main course.  So good, we are going again with friends on New Years Eve.

On Saturday after a fun family trip ten-pin bowling (I won the second game), my husband took me to The White Hart at Pool and we enjoyed a delicious meal.  I started with the scallops and pancetti which were so perfect they melted in my mouth.  I then enjoyed the fillet steak with fondant potato, enoki mushroom gratin & veal jus and finished off with a pudding from the specials board - meringue with greek yogurt and honey, bilberries, sesame seeds, cranberries, apricots, strawberry and raspberries - amazing.

I got some lovely presents including some gorgeoous jewellery, cds, books, wine, chocolates and a fabulous galaxy pad.
Posted by Karen Naylor at 10:51 No comments:


The Price of Gold

Come and enjoy a glass of wine, a mince pie and fantastic poetry
Posted by Karen Naylor at 07:46 No comments: