As the deadline for the start of NaNoWriMo approaches, I wondered how many of my followers had signed up to join in this year?  Two (possibly three) of my fellow Cleckheaton Writer's Group members are taking part this year and my fellow blogger Charmed Lassie has already confirmed that she will be joining in.

For those of you that haven't heard of NaNoWriMo, this is the annual challenge of National Novel Writing Month, where intrepid writers sign themselves up to the challenge of writing 50k words in a month.  To achieve this, a writer needs to write each day for the month of November (to hit 50k, this works out at approximately 1,667 words a day) and this is an excellent way to get into the discipline of writing each day, so for those writers that feel they need a little motivation in these Autumnal months, NaNo is a perfect way to get you started.

I have spent the past week outlining my characters (strengths, weaknesses, growth), story arc (beginning, middle and end) and structure (a plot plan if you will) to enable me to have a road map to follow to keep me on track to hitting the 50k words.  This will be the third year I have attempted to make it to the end and I am hoping that this year may be the one (last year I got to 42k and the first year 35k, so I get closer each time).

Thanks to an excellent couple of workshops by one of our CWG members and helpful messages from the NaNoWriMo team, I feel I am more prepared than ever before ahead of the challenge and I thought it might be helpful for my followers if I shared my 'road map' so that they can decide if they fancy the challenge of NaNoWriMo this November:

Separate your story into 8 distinct sequences (themes) to plot progression:

Let me know if any of you are joining in with NaNoWriMo this year and if you fancy a writing buddy, I am YorkshireBelle on the site.

#NaNoWriMo
Posted by Karen Naylor at 05:38 No comments:

Here is information on upcoming performances at the Theatre Royal Wakefield, plus a chance to win a pair of tickets to The Man Who Thought The Moon Would Fall Out Of The Sky: 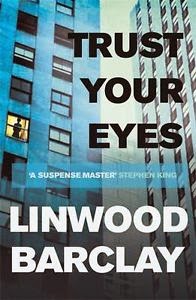 Blurb: What would you do if you witnessed a murder - but no one believed you ...

Map-obsessed Thomas spends his days and nights on a virtual tour of the world, believing he must store the details of every town and city in his head.  Then one day, he sees something that shouldn't be there: a woman being murdered behind a window on a New York street.

When Thomas tells his brother Ray what he has witnessed, Ray humours him with a half-hearted investigation - until he realises Thomas may have stumbled on to a deadly conspiracy, which puts them in danger ...

Just finished this book which has a fantastic premise, which is that the car that maps for the internet accidentally picks up a murder in a window seen by schizophrenic Thomas Kilbride.  In this thriller, the author uses the fantastic premise to pull the reader in to the world of Thomas and Ray, brothers who have recently lost their father and who are having to try at a relationship under difficult circumstances.  With plenty twists and turns, Barclay pulls you in and leaves you guessing about the murder and just who has been killed and why.

Fantastic CWG last night where M, A, L, J, P new member K and myself were in attendance, D and N having passed on their apologies.

After introductions we started of with WIP updates.  M informed members that she was a runner-up in a recent flash fiction competition which can be found in the current Writers Forum magazine.  P has been working on her woman and camera story, I have been plot-planning for NaNoWriMo and A has submitted his novel BT to 5 agents.

For the feedback sessions, M and A had sent their pieces to the CWG members ahead of the meeting.  M's short story was very well received by the Group and it generated plenty of discussion.  P felt that it had lots of description and M agreed that this could be because she is a travel writer.  It was felt that the action could happen earlier in the story and A thought the contraction of the Antagonist's speech would be better.  He also felt the writing conveyed how the antagonist operated a cycle of abuse and S thought it was evocative, cleverly written and had a good atmosphere, but felt it needed a stronger reason for the protagonist to decide to leave.  J felt that it was better not to portray a monster with your antagonist, but to have some humanity to the character and K agreed.

A's piece was the first section of his new children's novel 'P E' and S felt that it was a coming of age story and I felt that although the main character was sympathetic and she was lonely, she was still likeable, not too wet.  The characterisations were good and moving, and A informed the members that the world of the story will open up in future chapters and then the expectation of the character really comes across.  A has written the story from the 3rd person POV, but has also got into a goblins head and an ogre.  A also thinks that in a couple of days his first draft should be complete.

S then did the second of his workshops, this one on structure, using The Matrix as an example.  All the members agreed that it was a good film, but S believes that the reason why is that it hits the right buttons at the right time using the three act structure, the framework that can apply to stories as you write them.  It is not about plotting, but understanding structure will make it better as it is a road map so that you know which direction you are going in; once you understand the rules, you can decide how you break them.  S then passed around the 3 act structure for screenplay - The Hollywood Model - to the members.  For the structure in story, he recommends Aristotle's poetics as it shows the formula for plays, beginning, middle and end, for tragedy, comedy etc.

Hollywood wanted a cheap way to keep bums on seats for 2+ hours (old films had cans lasting 13 minutes) whilst the change of the cans happened that didn't result in the audience going off to the pub.  Frank Danielle created the Disney model of how to sell a story.  There are 12-15 minutes for each sequence (8 sequences) 1/2 first act, 3-6 the second and 7/8, the third act.  The antagonist is hugely important as it makes/drives the hero; the stronger you make the him, the better the hero has to be.

The Matrix opens with Trinity and the agents arriving to try and arrest her, then when she runs around the walls, it changes to the world of the story, and we realise she and they are a formidable force to be reckoned with (at this point we don't know who is right/wrong as there is no hero at this point).  S recommended us trying to work out the key beats in terms of The Matrix.

The first section is the new status quo, showing Neo in the normal world before the inciting incident (before the piercing of their world/call to arms) - which is the 'follow the rabbit' moment.  The first act is all about the refusal.

The second is the threshold, the no going back point (signified usually by a journey) but in this instance it is Neo taking the pill because he has to make the choice, but he can't got back once he sees the real world.  Sequence three is all about preparation (can be about team building and sequence four, optimistic that this will resolve and end well).  Three is him taken out of The Matrix and four is about his training to see whether he can survive and function in this world that is not real.  Still about the refusal as his mind is still not believing he is the one.  Section four is the triumph as the 'one' is kicking ass and the antagonist has a falling line now.

Sequence five is the fight sequence, everything unravelling when Sypher starts killing those in The Matrix, Neo should be able to fix this but can't (the antagonist pulls back now) and the agents have kidnapped Morpheus and are going to hack his mind.  This would be the end of humankind (crashing point/failure).

They are about to pull Morpheus' plug out as all seems lost when Neo realises that this is the moment he was told about by the Oracle, that he has to make a choice.  He hatches a plan, tools up and kicks ass (this is the false resolution).  The real resolution is when he starts to believe and stops the bullets and we see the fear in the agents eyes; he realises that he exists in a world that does not have these rules and that this can save mankind.  The climax (having fun with the toys): in As Good as It Gets this would be the cracks on the pavement moment, so he is now bigger than he was at the beginning.  Neo would not want to go back to the unreal world.  The antagonist has failed and the balance is restored.

In further advice, S recommended giving your character a trait that can be exploited so that you can work out what the worst thing that can happen for your Mr Man/Little Miss, as in the Coen brothers films (John recommended that the members should check out the Coen short stories).  The sequences are 15 minutes in The Matrix except for the inciting incident as it is a little bit early (they are concentrating on the refusal - climbing out the window/wants to get out of the car).  To relate this to a novel, you could have it at the end of each chapter rather than sequence.

S stressed that the protagonist needs to make their own choices, not to be made to do it by someone else, but he can make the wrong choices by refusing to believe someone else (another character).  You can take the three act structure and apply it to your favourite film, but S feels that the high and low point have to be interrelated to the objectives etc.  The beginning, middle and end should be in every scene, not just for the whole film, so for each chapter try to have this in your mind because once you understand the rules it becomes ingrained.

The next meeting will take place on Monday 10 November where J has taken one of the feedback slots, but the other is available.
Posted by Karen Naylor at 13:13 No comments:


Here is the latest Writer's Centre Norwich newsletter for my followers to peruse:

Posted by Karen Naylor at 02:29 No comments: