Following on from my blog post yesterday detailing the featured readers at this event, our second reader for tomorrow is John Irving-Clarke. 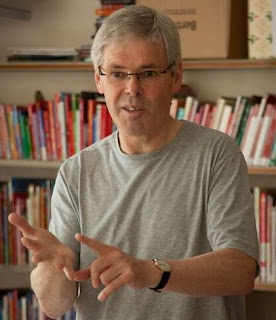 First published in Raven magazine in 1980, JOHN IRVING-CLARKE has since had poems published variously and stories broadcast on BBC local radio. As well as appearing in the magazines, Scribble and Yorkshire Ridings, his short stories have also been shortlisted in the Writers' and Artists' Short Story competition 2015 and placed first in the Magic Oxygen competition 2016. His novel, Who the Hell is Ricky Bell? a tale of redemptive love, was published in 2014. John tutors adult creative writing classes, visits schools and reading groups to lead workshops and spends a disproportionate amount of time agonising about the plight of Carlisle United. He lives in Wakefield with his wife where they plot visits to see their son in Atlanta, U.S.A. Further details can be found on www.currockpress.com 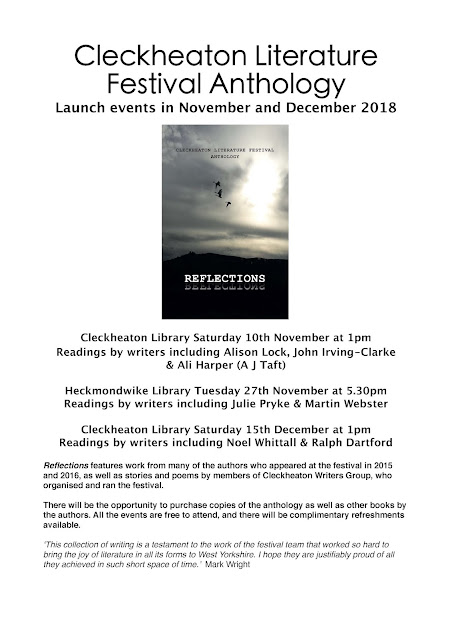 We look forward to welcoming you at 1pm this Saturday at Cleckheaton Libary.