Happy National Library Day to all my followers.  I believe British Libraries are a valuable community resource that should be celebrated and appreciated, rather than misguided local councils decided that they are an easy target for a budget cull.  Sadly, this is exactly what our local council is trying to do at the moment.  Cleckheaton Library is an historic building and the venue for not only our Cleckheaton Writers Group meetings, but our Cleckheaton Literature Festival planning meetings, plus many other valuable community groups such as Talking Zebras poetry group.

A group has been set up to try and save our Library and the next meeting of The Friends of Cleckheaton Library meet this Monday 9 February at 7pm at the 14th Spen Scout building where I will be in attendance.  I would urge all local followers to attend if they can.

Talking of Libraries, I just found out that Helen Cadbury (To Catch a Rabbit and winner of the Northern Crime Award) and Alison Taft (Shallow Be Thy Grave, My Father Who Art Out There Somewhere and My Time Has Come) are two of several writers who will be appearing at Headingley Literature Festival and many of the events are taking place at Headingley Library.  Here are the details so that my followers can organise themselves some tickets, I have already booked mine: 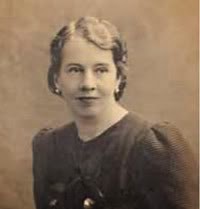 the early work of a neglected writer. Lettice Cooper (1897-1994) is barely remembered today despite writing twenty novels and countless works of non-fiction. Only one novel remains in print. Lettice Cooper grew up in Leeds where her father ran a structural engineering company on Balm Road, Hunslet, and five of the novels she wrote in the 1930s are set in the city.

The best known and most well-thought of today is The New House (1936) but my own particular favourite, is National Provincial of 1938. Like all her fiction, both convey her socialist convictions and like her friend, Phyllis Bentley, her loyalty to West Yorkshire. Although Lettice  left Leeds  for London just before the Second World War, family connections and Yorkshire County Cricket Club drew her back frequently to the city. She deserves to be better known here for the fascinating insights she gives us of the city in the throes of change.

Friday 6 March
Threshold
Songs and stories on the theme of hospitality written and performed by poet and musician Peter Spafford and multi-instrumentalist Richard Ormrod.


'If a stranger knocks on your door on a stormy night, always let them in. They may be a god in disguise.'

The customs surrounding hospitality and sanctuary go back to ancient times. The obligation to give food and shelter to wanderers, and to look after them once they are under your roof, is as old as the hills.

THRESHOLD explores our relationship with the complex notion of Hospitality, now a word more associated with Premier Inn than Homeric lore. Should we take in strangers? Or are we too afraid of being 'taken in'? 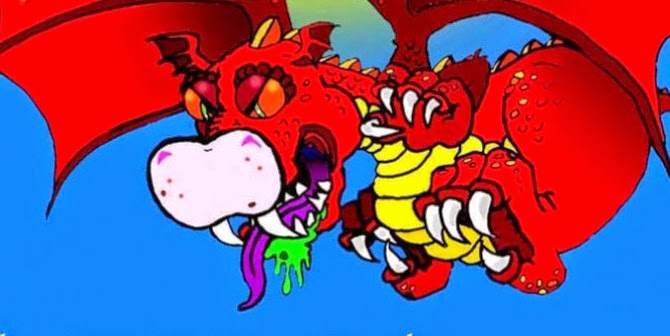 "There is no dragon scarier in any earthly place.
His face looks like his bottom and his bottom like his face..."

A fun, solo show packed full of lyrics, laughter and lots of joining in! Armed with only pen and paper, poet Dommy B needs your help to bring this fearful dragon's reign to an end!
As seen on BBC's 'Rhyme Rocket', The Dragon Who Hates Poetry is written and performed by slam winning poet Dommy B, winner of New York's famous Nuyorican Poetry Cafe Slam and UK's Superheroes of Slam. The show enjoyed a full month's run at 2013's Edinburgh Fringe before embarking on a sell out 2014 UK tour from Brighton up to Glasgow!

Wonderful show – kept the children’s (and adults') attention the whole time.’ A teacher from Newcastle
My only criticism is not being warned to wear waterproof mascara, I laughed so hard!   A Mum from Preston after The Dragon Who Hates Poetry
Funny and enjoyable. More! More More!’  Seven year old boy describing Dommy B poetry.

From the moment he started to speak we were totally captivated- the incredible way he uses words, the expression and energy of the delivery and the subject matter made him irresistible. - City Life Magazine

Nicolette Jones will answer your questions (please submit at the door) about books to suit young people you know - from babies to young adults.  Tell her what they have enjoyed in the past, and she will offer books to follow up. Or she can offer advice about how to encourage youngsters to read, what to do to help learners, or even how she chooses books for review.  Come and ask whatever you would like to know.

Nicolette, who grew up in Leeds, has been the children’s book reviewer for the Sunday Times for 21 years. In 2012 she was shortlisted for the Eleanor Farjeon Award for an outstanding contribution to the world of children’s books.

She is experienced in radio and television, and a professional chair of adults’ and children’s events (at, for instance, Cheltenham, Oxford and Charleston literary festivals). Interviewees have included Quentin Blake, Jacqueline Wilson, Anthony Horowitz, Judith Kerr, Anthony Browne, Shirley Hughes, Malorie Blackman, Michael Morpurgo and Philip Pullman. She has co-authored with Raymond Briggs a book about his life and work, Blooming Books.

From 2010-13 she was Director of the children's/young adult programme at the Oxford Literary Festival, and Consultant Director for the programme in 2014. She has judged, among other awards, the Carnegie/Greenaway top ten, the Roald Dahl Funny Prize, the Branford Boase Award (for a first children’s book), the Whitbread (now Costa) Children’s Novel Prize, the Macmillan Prize for Illustration, and Booktrust’s Ten Best New Illustrators, as well as chairing a Children’s Laureate selection committee. Her choice of the Top 100 Children’s Books of the Past Ten Years is currently on the Sunday Times website. This touring play by Red Ladder commemorates the thirtieth anniversary of the 1984/5 miners’ strike from the vantage point of a well-worn settee in a South Yorkshire pit village home. The play’s cast, writer and musicians gather to perform extracts, sing songs and discuss the impact of the strike, the play and its audiences up and down the country.

Dave Robertson of Theatre of the Dales
A not to be missed creative and original look at the work of Samuel Beckett through a dramatised exploration of the influences, origins and implications of his seminal work, Krapp’s Last Tape. As well as a performance of the work, David will perform monologues of Beckett’s From an Abandoned Work and an extract from the newly published novel Beckett’s Last Act by Mora Gray.

The session will conclude with a discussion and Q and A session with David, Mora, the producer Serge Alvarez and Dr. Mark Taylor-Batty of the University of Leeds, Senior Lecturer in Theatre Studies and a specialist on the theatricality of Beckett.


This event is sponsored by Arts Council England 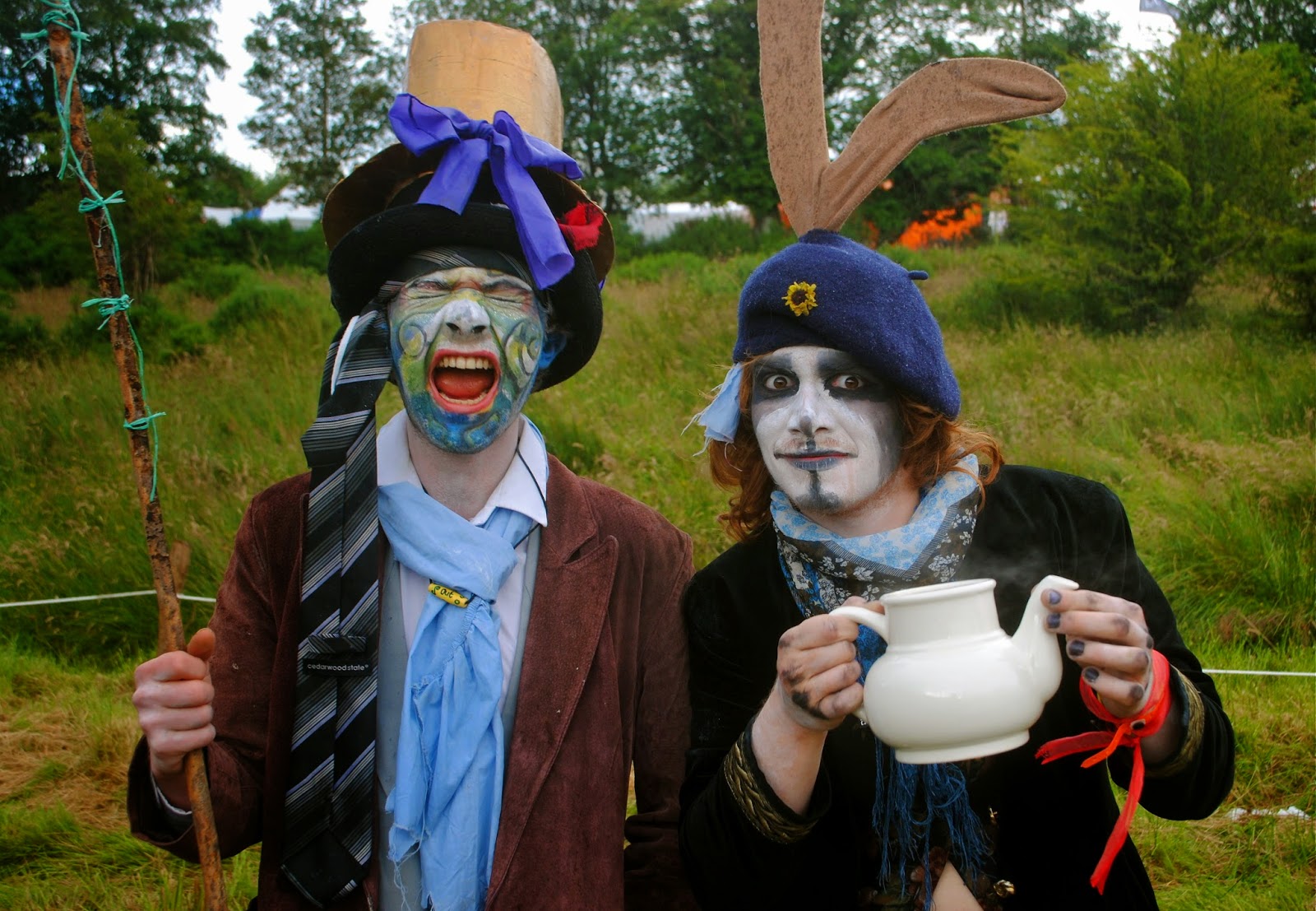 Meet Mark Graham, Conker Champion of Ireland, All-Ireland Bucket-Singing Champion and the sixth-best bog snorkeler in Ireland. Rejected by the banks as he looked to start on the journey to home ownership, Mark started on an altogether more interesting and exciting journey to attend three festivals a week for a year. 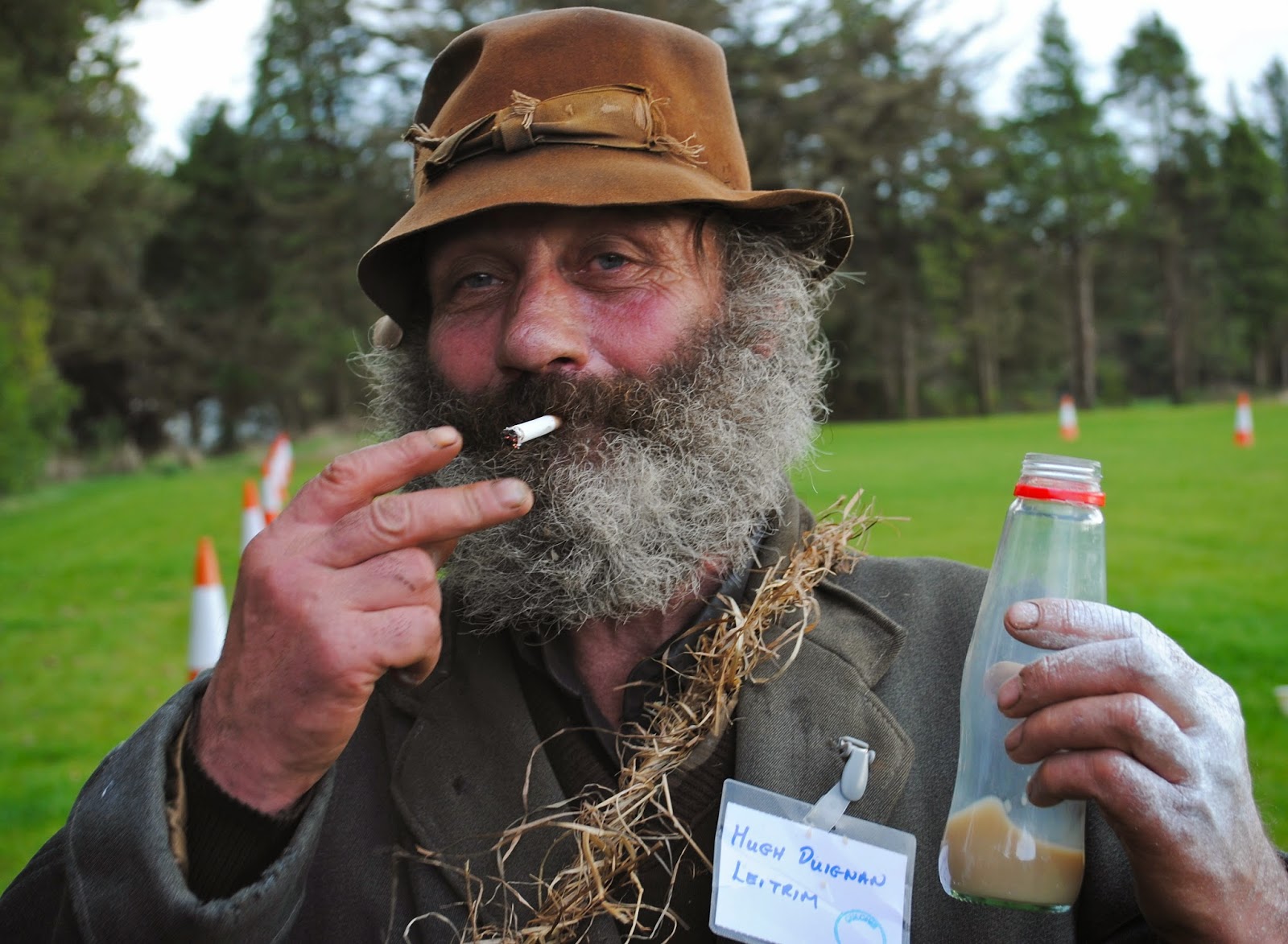 In this entertaining roller-coaster tour of Ireland, Mark paints a picture not of a broken and maudlin country that lost the run of itself, but of a people with a wealth of character, imagination, generosity, wildness, curiosity, creativity and an insatiable hunger for fun and divilment. The surprising array of weird and wonderful festivals around Ireland is matched and surpassed by the cohort of characters and clients who attend them. Throwing himself into the thick of these gatherings may have nearly killed him, but he survived his year of festivals, enjoyed almost every minute and was left with a tale or two to tell.

Dinner with the Decameron  Partnership Event with Salvo's Salumeria 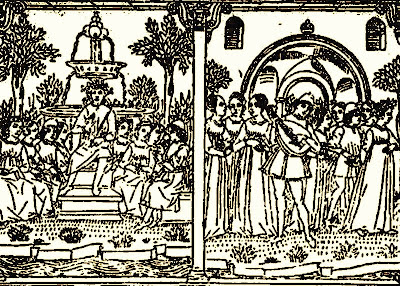 Following the success of Dinner with Dante during the Headingley LitFest in March, we are proud to present the sequel with the help of Gigliola Sulis and Richard Wilcocks.

This time, some of the classic stories of Giovanni Boccaccio will be read to you to help you digest your light supper, in English with some of the original Italian. They go perfectly with a glass of wine!

Magnetism and Electricity - Magical and Exciting 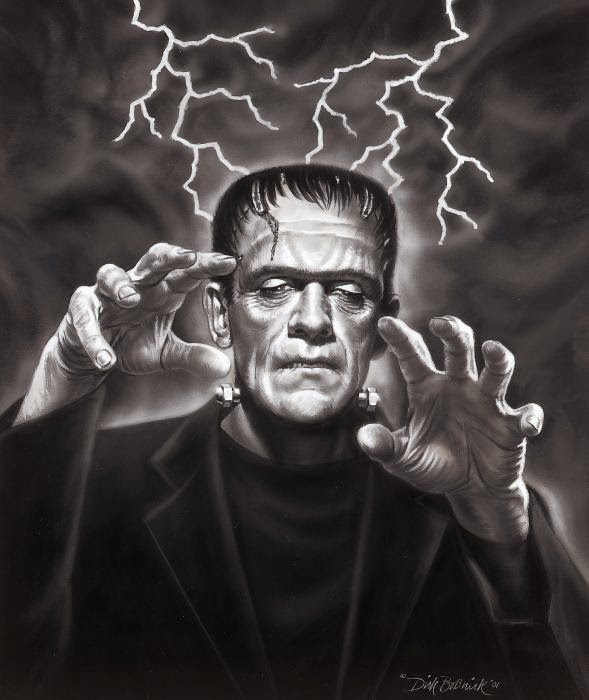 Magnetism and electricity have often featured in science fiction literature as causes for horror - or something else.  You have only to think of Frankenstein and other gothic novels.

Meet Geoff Auty, doyen editor of the School Science Review, who will show apparatus appropriate to some developments in Magnetism and Electricity over the last two hundred years - demonstrating what was discovered and when.
In other studies you go as far as other have gone before you, and there is nothing more to know; but in a scientific pursuit there is continual food for discovery and wonder.

The plight of the refugee has occurred throughout human history; there are still so many current examples in life and in literature – think of Rose Tremain’s The Road Home.

Based on real-life stories, Leave to Remain is a coming-of-age drama that depicts a world hidden from view.  Three teenagers forced to leave everything behind, learn to live alone in a hostile country.  That country is the UK.  Fighting for survival, they form a unique and unbreakable bond, but all is not what it seems in their game of chance.
8pm Heart Centre, Bennett Road
£6/£4 tickets on the door


Wednesday 11 March
Jasper Fforde
The best-selling author's first novel, The Eyre Affair, was published in 2001. Fforde is mainly known for his Thursday Next novels, although he has written several books in the loosely connected Nursery Crime series and has begun two more independent series, The Last Dragonslayer and Shades of Grey.


Fforde published his first novel, The Eyre Affair, in 2001.
His published books include a series of novels starring the literary detective Thursday Next: The Eyre Affair, Lost in a Good Book, The Well of Lost Plots, Something Rotten, First Among Sequels, One of our Thursdays Is Missing and The Woman Who Died a Lot. The Eyre Affair had received 76 publisher rejections before its eventual acceptance for publication.


Fforde's books are noted for their profusion of literary allusions  and wordplay, tightly scripted plots, and playfulness with the conventions of traditional genres. His works usually contain elements of metafiction, parody and fantasy.


Jo Shapcott won the Commonwealth poetry prize with her first collection and her poetry ever since has proved her to be one of the most original voices of her generation. As Sinclair McKay in The Telegraph says of her Costa award winning collection Of Mutability she explores themes of change and mortality using ‘a dazzling variety of tone and colour and subject throughout - Shapcott's language dances lightly, and often with wit.’ 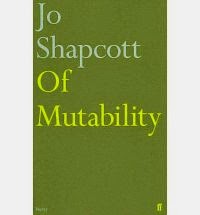 Jo Shapcott was born and continues to live in London. Twice winner of the National Poetry Competition, she has published seven collections with Faber including Her Book: Poems 1988-1998 which selects from three earlier volumes: Electroplating the Baby (1988) which won the Commonwealth Poetry Prize, Phrase Book (1992) and My Life Asleep (1998) which won the Forward Poetry Prize. Her most recent collection Of Mutability (2010) won the Costa Book Award and in 2011 she was awarded the Queen's Gold Medal for Poetry.