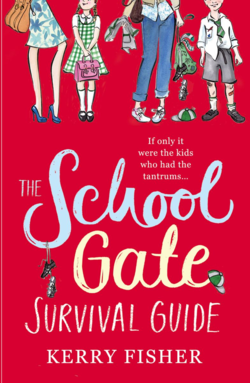 This is not the sort of book I normally choose to read, it being a romance, but I thought I would try to expand from my normal genres this year and this is the first book that falls into this category.

BLURB:  Maia is a cleaner for ladies who lunch.

With mops and buckets in tow, she spends her days dashing from house to house cleaning up after them, as they rush from one exhausting Pilates class to the next.

But an unusual inheritance catapults her and her children into the very exclusive world of Stirling Hall - a place where no child can survive without organic apricots and no woman goes a week without a manicure.

As Maia and her children, Bronte and Harley, try to settle into their new life, Maia is inadvertently drawn to the man who can help her family fit in.  But is his interest in her purely professional?  And will it win her any favours at the school gate? 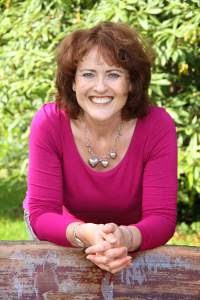 Maia Etxeleku comes from a background as far removed from her clients worlds that it is funny, but it is a huge shock to her when her favourite cleaning client, the elderly Professor Rose Stainton who was encouraging her to apply to study a degree, passes and she is left realising that apart from her children, her time with Rose was the highlight of her week.  Having to grieve on her own as her layabout husband Colin has no sympathy, she resigns herself to not only losing some of her income but the death of the dream of going to University.  But things are not as black as they seem, when the Professor's lawyers contact her to tell her that she has left a monetary gift to her in her will with the proviso that Maia use it to further her children's education at the prestigious Stirling Hall school.

Following a battle of wills with Colin, Maia does get him to agree to let the children go to the school, but they feel like fishes out of water surrounded by the elite, until that is, Clover comes to their rescue.  Clover is a generous and warm woman with a unique parenting and personal style who takes Maia under her wing and helps her negotiate the new world she is inhabiting, as does the Head of the Upper School, the enigmatic Mr Peters.

I enjoyed the playfulness of the writing, the Clover character in particular was very engaging, but was disappointed in the ending which seemed rushed and somewhat tagged on.  I had also guessed very quickly about her friend Sandy but I only had suspicions about the Professor.  For me, the romance was secondary to the cautionary tale that money cannot buy you happiness, only a confident sense of self-worth can, and I was just pleased that the characters were out from under the roof of the unsavoury Colin.

Previously self-published as The Class Ceiling, Fisher is now published Harper Collins, The School Gate Survival Guide is published by Avon Books UK.  Fisher has said on a fellow bloggers site that she is glad that this was part of her route to publication as it taught her how to make the most of her traditional publishing opportunity.  It is easy to see why the book was picked up by a traditional publisher as Fisher's open style pulls you in like you are listening to a friend telling you all about their weekend.  Her second book the Divorce Domino, where the middle-aged protagonist Octavia wants to feel young again, is due out in 2015 and she is currently working on her third novel about how secrets get more toxic as the pass down through the generations.