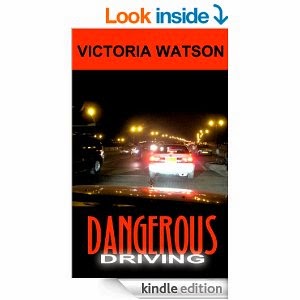 Recently purchased from Amazon on kindle, I read this book in the Summer.

The woman at the centre of this short story is married to a man who works at King Abdulaziz Medical Centre, so when a call comes through to her mobile from the Centre, at first there is no cause for alarm, but it is not him; it is someone informing her that her only child, Farid, has been critically injured and she needs to get to the hospital as soon as possible.

As a woman born in Riyadh and educated in Europe, she know it is a risk, but concern for her child forces her to make her own way to the hospital.  When she hits a sedan pulling out of the Souk, the Mutaween arrest her, calling her a 'haraam' and trying to pull her headscarf  from around her hair, putting her in grave danger..

At the police station they do not believe her story is true, that her driver was not available to drive her and cite her nail polish as proof of her lack of moral compass.  She is left alone with a policeman and her mobile phone rings, knowing it must be either the hospital or her husband she knows this is her only hope.  But will he listen?


This is a tense story that hints toward the protagonist being a Doctor, but clearly shows that she has no power in her world as she is a woman in a Muslim country.  Given no name throughout the tale, the writer, Victoria Watson, underscores perfectly that the protagonist is of no real value and paints a vivid picture of inequality in a difficult situation.


Here is a link for anyone wishing to purchase the story:

Further details on the author: 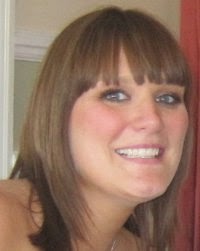 Victoria Watson was awarded 'Young Reviewer of the Year' in 2009 and completed a Masters degree in Creative Writing in 2010.

Her short story 'The Piano' won 1st prize in the Story Tyne competition in 2012. Victoria had a story published in the 'Home Tomorrow' anthology published by 6th Edition Publishing in 2011. Her work is also featured in both 'Off the Record' charity anthologies.

Victoria has contributed to publications including 'True Faith' (Newcastle United fanzine), NCJ Media's north-east titles The Journal, Evening Chronicle and Sunday Sun. She has also reviewed for Amazon, Waterstones and Closer Magazine. She has also contributed to The Northern Line blog and is the official blogger for Whitley Bay Film Festival.