This is what attendees can expect from day four of the Cleckheaton Literature Festival 2016: 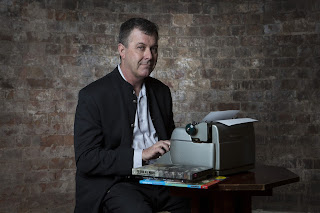 This in-depth look at world building examines a step-by-step guide used by published authors, including the event, the core, and the why. The workshop also introduces tools and online resources to support the writer on their world-building journey. Finally, participants will have time to practice using the guide and share feedback. If you are writing or plan to write fantasy and sci-fi this course is for you.

Ian C Douglas is the author of the Zeke Hailey Sci-fi YA novels. His short stories have been published in books, magazines, online and even by a multi-national corporation. He contributed to the Eisner-nominated anthology of graphic stories To End All Wars and has won several story competitions.


Ian has an MA in Creative Writing (Distinction) with a background in Education. He regularly visits schools, libraries and writing groups to run creative writing workshops. 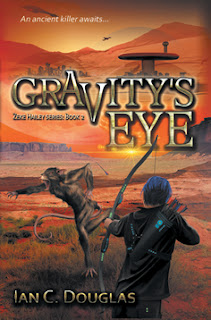 
A World of Your Own: World Building for Young Adults If you write fantasy you might need your own magical kingdom, another Narnia or Westeros. And if you're into sci-fi, it could be a planet like Tatooine or Pandora. Even computer games have their own worlds. Inventing imaginary lands is fun. You get to make your own rules. But where do you find your ideas and how do you shape them into a believable world? Join SF author Ian C Douglas and look at some simple tactics for creating your own personal world. 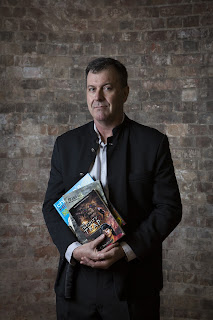 Ian C Douglas is the author of the Zeke Hailey Sci-fi YA novels. His short stories have been published in books, magazines, online and even by a multi-national corporation. He contributed to the Eisner-nominated anthology of graphic stories To End All Wars and has won several story competitions.


Ian has an MA in Creative Writing (Distinction) with a background in Education. He regularly visits schools, libraries and writing groups to run creative writing workshops. 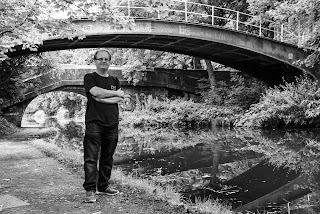 Armley Press is a punk publisher proud to be based in the north of England's biggest city, Leeds.

It was set up in 2007 by Mick McCann to publish his first book. Seeing similarities with the late 1970s independent music scene, he labelled it Punk Publishing.

"Punk publishing for me sums up what we’re all about - independent, DIY, championing unorthodox voices. A get out and do it attitude, as opposed to asking for someone else's permission."

Over the next few years Armley Press published the three books by John Lake that comprise the Leeds 6 Trilogy, interspersed with two more books from Mick.

At the beginning of 2015 Mick and John decided to collaborate more closely and search for new writers. They have been busy over the last 12 months, publishing 7 different authors.

They aim to “be moist, daring, unorthodox, dynamic and give voice to real people.”

Armley Press want to be the antithesis of the celebrity-obsessed London publishers and media village choosing quality writing that may not have ‘the name’. They aim to increase diverse and unorthodox voices, publish books and authors that mainstream publishers may appreciate but would never publish. 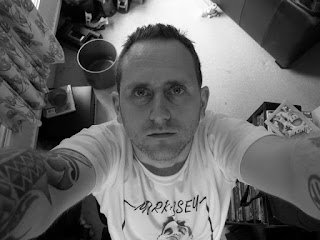 
Kevin Sampson - Awaydays, Powder, The House On The Hill,etc.

After spending most of his teens and twenties in various unsuccessful bands, Nathan eventually turned his hand to writing. In 2013 he self-published Purge, a short fiction collection. The World is (Not) a Cold Dead Place was published by Armley Press in 2015 and is his first completed novel.

The World is (Not) a Cold Dead Place was very well received:

“Dark, funny, shitty, violent and moving. A Birkenhead OCD sufferer is forced to work in Call Centre. If you want a book that will make you laugh throughout try this.”James Brown - Sabotage Times, talkSPORT,co-founder of Loaded.

He has since completed one more and is in the early stages of a third. He has also written a screenplay and another series of short stories. He regularly writes features and reviews for the online fanzine God is in the TV.

Nathan grew up on Merseyside, rarely venturing away other than a brief stint in Carlisle. He now lives in Northamptonshire with his wife and two children and works full time for the NHS.


Choosing not to seek a publisher, Mick McCann founded Armley Press in 2007 to publish his first book,Coming Out as a Bowie Fan in Leeds, Yorkshire, England.

Life affirming and warm, edgy but not gloomy, Coming Out was a coming of age, sexy street drama based mainly in the late 1970s, laced with wit and humour. A chunk of unexpected working class life, it's stuffed full of real-life Leeds stories.

With Mick's online guerrilla marketing and offline blagging, according to official Nielsen book dataComing Out outsold five out of six of that year’s Man Booker Prize shortlist.

Mick’s third book, How Leeds Changed the World, is a playful, chatty, funky but factual A-Z encyclopaedia of Leeds. It has sold in its thousands - being Leeds Waterstones top selling Christmas book two years in a row - and was chosen by Leeds City Council as a gift from the city to the 800 visiting VIPs for the Tour De France Grand Depart, 2014. 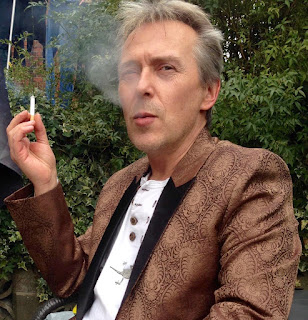 For tickets and details of all the other great events: www.ticketsource.co.uk/cleckheatonliteraturefestival
Website: www.clecklitfest.co.uk
Posted by Karen Naylor at 10:32