As promised, there will be a series of blog posts running through the day to day schedule of the Cleckheaton Literature Festival.

To kick off, here is what the first day will shape up like: 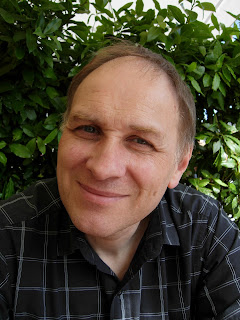 
Iain Pattison is the author of the best seller “Cracking the Short Story Market” (Writers Bureau Books) and is a busy competition judge and creative writing tutor. His stories are widely published on both sides of the Atlantic and have appeared in Woman, Woman’s Own, Take A Break, Chat, Woman’s Weekly, My Weekly, Writers Forum, Acclaim Magazine, and The New Writer plus numerous US and Canadian anthologies. They’ve also been broadcast on BBC Radio 4.


His eclectic output covers everything from romance to crime, gothic horror to dark fantasy but his first love is comedy and his latest project is the off-beat “Quintessentially Quirky Tales” humour series. http://www.amazon.co.uk/gp/product/B0182NXE8G/ref=series_rw_dp_sw
In this fast-moving workshop Iain reveals the secrets of creating sizzling short stories guaranteed to impress fiction editors and wow judges. Topics covered include: pulling off the perfect twist ending, snaring your audience in the first ten words, plotting made simple, creating ideas from thin air, dialogue demystified and common mistakes to avoid.


Whether you’re a total beginner or an experienced writer looking to hone your prose, Iain promises you’ll never look at short stories in quite the same way ever again. Be prepared for great advice and terrible jokes...
Check out Iain’s website at www.iainpattison.com

Clive Dale – Local children’s writer (works include Clive the Magic Camel: At the Zoo and Johnny and the Rice Pudding) www.goodreads.com/author/show/7035116.Clive_Dale Creative Writing workshop.  Clive has been telling stories to children and teens for over 50 years in schools, youth organisations and churches. 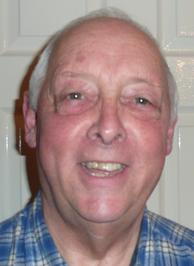 Clive will start the workshop with his story 'Clive the Magic Camel at the Zoo' explaining the criteria to gradually build up the frame/skeleton of their own story. Each child will then be able to use the frame to write sentences to create their own miniature story, like the Bronte miniature, which they will be able to take home with them. 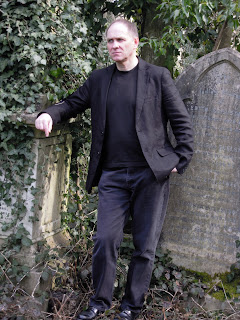 
Iain Pattison is best known as a humorist – penning pastiches, skits and comic short stories. But he has a darker side. Under the pen- name Jay Raven, he  writes gothic horror and dark fantasy;  unsettling tales that delve into the macabre and the mysterious.


Specialising in historical chillers and twisted fairy tales, his work has appeared in a raft of American and Canadian anthologies, transporting readers back to a cruel world of hangmen and harlots, mad rulers and cackling witches.


And in this workshop he lifts the coffin lid on the secrets of writing creepy tales and spell-binding fantasies.  From shaping truly frightening monsters, to making magic believable, he demonstrates the techniques for sending a shiver down the spine, and making even the most familiar tales fiendishly fresh.


Topics covered include – why when it comes to blood and gore, less is more. Avoiding hackneyed plots and settings. Creating villains we can care about. How to inject menace and jeopardy. Why we like to be frightened. Giving vampires and werewolves a modern makeover.


Whether you’re enthralled by Game of Thrones or want to hammer horror, learn how to make your fantasy writing dreams into a reality.


How do crime writers heighten and sustain tension? What role does pace play in a good thriller? What do you need to plan the perfect murder? And can you get away with it? 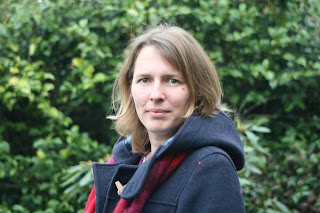 Alison Taft is a crime writer, whose latest novel, My Time Has Come, was published last year.  She is currently the writer-in-residence at Headingley Lit Fest and won second prize in the Amazon Breakthrough Novel Award in 2013. In October 2015 her first novel, Our Father Who Art Out There...Somewhere was selected in the Yorkshire Post’s top twelve books that best define Yorkshire, written since the millennium. She lives in Leeds. 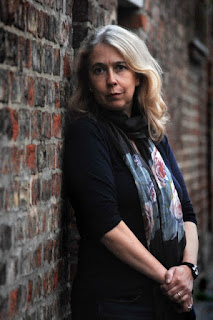 "Three crime writers discuss their work and why they turned to crime, with readings and an opportunity to ask questions. The writers will also be available to sign books and meet readers after the event.”            Helen Cadbury (see image above)


Helen Cadbury is a British crime writer whose debut, To Catch a Rabbit, was joint winner of the Northern Crime Competition 2012. First published by Moth Publishing, it was re-released in a new edition by Allison & Busby in January 2015 and selected as an Amazon Rising Star. WHSmith readers voted To Catch a Rabbit as no. 12 in top crime books they would like to see on screen and in October 2015, it was selected as one of the Yorkshire Post’s top 13 Yorkshire books since the millennium. Her second novel, Bones in the Nest, was published by Allison and Busby in July 2015 and both books were recently optioned for TV by Red Planet Pictures. Before turning to writing fiction, Helen was a professional actor and teacher, including several years teaching in the prison service. She also writes poetry and plays.


After many years teaching English in secondary school, internationally bestselling author Leigh Russell now writes crime fiction full time for No Exit Press. Published in English and in translation throughout Europe, her Geraldine Steel and Ian Peterson titles have appeared on many bestseller lists, including #1 on kindle. Leigh's work has been nominated for several major awards, including the CWA New Blood Dagger and CWA Dagger in the Library, and her series are in development for television with Avalon Television Ltd.


Journey to Death, set in the Seychelles, is the first title in her Lucy Hall series published by Thomas and Mercer.

Alison Taft is a crime writer, whose latest novel, My Time Has Come, was published last year.  She is currently the writer-in-residence at Headingley Lit Fest and won second prize in the Amazon Breakthrough Novel Award in 2013. In October 2015 her first novel, Our Father Who Art Out There...Somewhere was selected in the Yorkshire Post’s top twelve books that best define Yorkshire, written since the millennium. She lives in Leeds.

For further details of our other events and for Tickets: www.ticketsource.co.uk/cleckheatonliteraturefestival